Back in January I attended a workshop run by Hels Sheridan, and in that workshop we created an 8 x 8 inch canvas, using Hels' word of 2014 'Dream'.

This is the canvas I completed at the workshop. 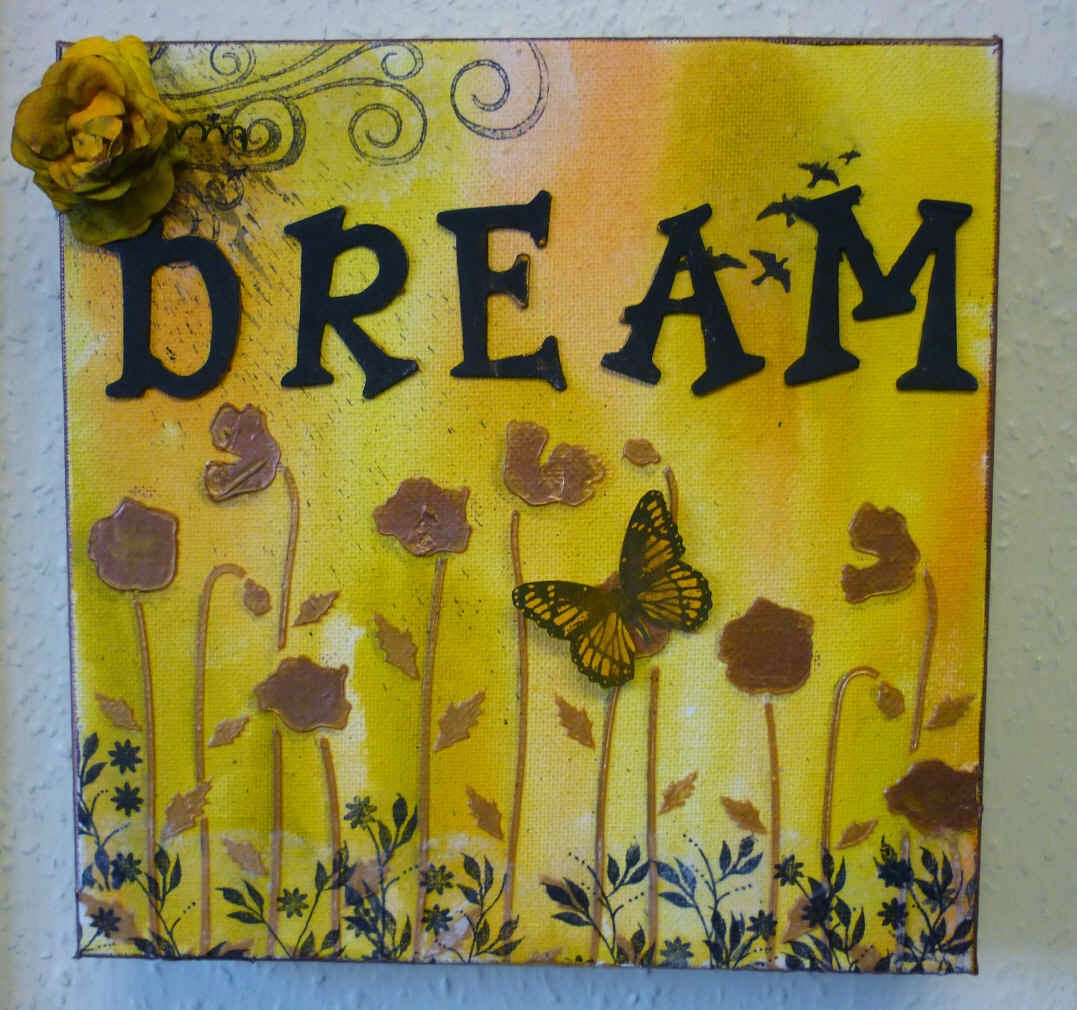 Now Hels is running a competition with the theme Dream, and I thought it was a great opportunity to create a complimentary canvas to the one I had already done.  So instead of a bright summery day and butterflies, I thought I would create an atmospheric evening and moths one.  To me these stamps from Hampton Art look more like moths than butterflies.
This is what I came up with.  I was really pleased with how the background came out, distress inks spritzed and allowed to run and mica spray (white pearl).  The moon is Poppy Stencils' white pearl paste with a little blue glitter paste mixed in.  The flower is a new one from imagination crafts, and the glitter paste used is from GlitzCraft - initially I inked through the stencil with black ink and them moved the stencil across slightly before applying the paste to get some shadow/dimension.  I also used a white pen to add some moonlight highlights to the bloom.  The Dream embellishment was on a sheet of shaped and wordy embellishments, but it was distressed brown in colour with orange gems.  So off came the gems, gesso'd and painted the word in black and added some gem stars.  The corners are craft metal cut with a Sue Wilson die.﻿ 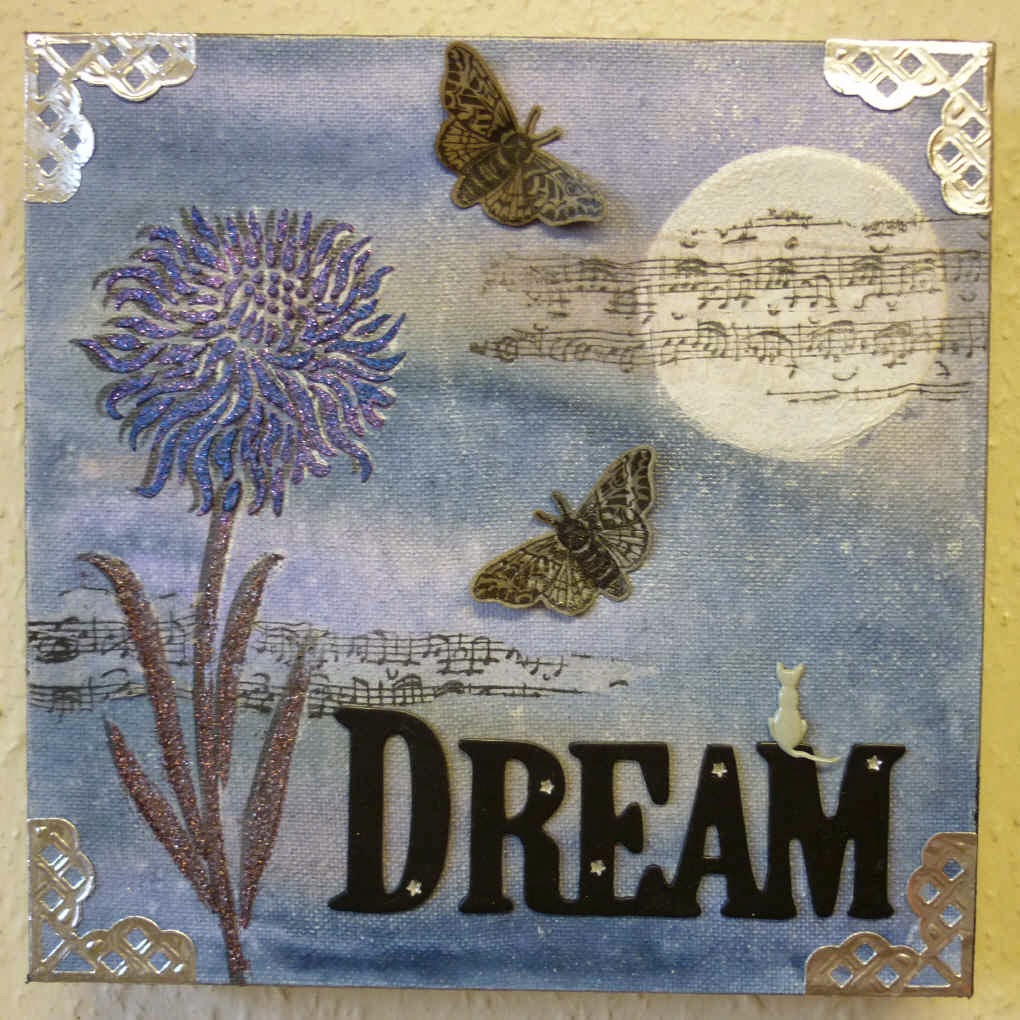 Chaffinch
The site is about the cards I have created using various stamping techniques. My current favourite ranges of stamps are Clarity Stamps and Hobby Art Scene It Stamps. I was not originally running this site like a blog, but when it started to look like it was inactive - I changed my mind.